Anna Schlecht is the City of Olympia Housing Program Manager, and holds a Masters in Public Administration (MPA) from the Evergreen State College, with an emphasis on eldercare & housing policy. As part of her graduate studies, Schlecht conducted a needs assessment of LGBTQ seniors and conducted a preliminary environmental scan of the LGBTQ cultural competence of local elder care service & housing providers in 2009. In addition to founding SAGE Olympia, Schlecht is the president of Rainbow Center Olympia, Olympia based LGBTQ community organization and the Business Manager for Capital City Pride. Contact Anna Schelcht or write care of PO Box 7221, Olympia, WA 98501-7221, or call 360-402-0170.

Laurie says her only credentials for this position are her curious habit of continuing to show up for meetings. In the past, she has shown up for Black Hills Pride, the South Sound affiliate of the Pride Foundation; Capital City Pride, which organizes the annual Pride celebration; Triangles monthly potlucks and breakfasts for LBT women; and finally, the Triangles monthly newsletter editor since 2012, which attempts to cover all LGBT events in the South Sound. She gained an early insight into some aspects of senior issues while dealing with Rheumatoid Arthritis during her teens and twenties, during which she became inspired by the Disability Rights movement. She prefers to stay at home and watch Korean dramas from the library with her neighbor’s cat. 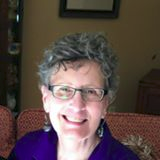 Ellen is retired and moved to Washington from Minnesota with her wife, Nancy, in June of 2016. Through most of her adult life, Ellen provided service and support to seniors and to individuals with developmental and physical disabilities. Throughout her professional career, she was a strong advocate for participant-directed programs and strategies, and worked to ensure quality care for vulnerable individuals.

Ellen is particularly interested in alternative housing options for LGBTQ seniors, as well as the education of those who provide services to LGBTQ older individuals. Contact Ellen Wendt

Catherine is a long-time resident of Olympia and native Washingtonian. Between the ’50s and the ’80s she took her licks in many places as an Army brat and later as a business manager throughout the South and Southwest. She landed back in what felt a livable place in the ’80s, finished her B.A. at Evergreen, and carried on from there.
She is a semi-retired massage therapist and NA-C in elder homecare. She has worked in the Hospice community for 20 years where she is drawn to work with the elder population and their (our) struggles and joys of aging.
While fiercely loyal to the many secular humanitarian causes, she is at her best behind the scenes, working one-on-one or in small groups, rather than in leadership positions or large crowds. Catherine loves poetry and gardening and any cat or animal who will have her company.
She brings office skills and a sense of humor, tempered by ever-evolving compassion and equanimity. Catherine finds herself in great company at SAGE. 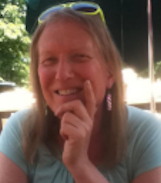 Alec Clayton is a newspaper columnist and novelist, and co-owner of ClaytonWorks (web design, graphic design and editing) and its book publishing imprint, Mud Flat Press. He has an MA in art from East Tennessee State University. His newspaper columns regularly appear in The News Tribune. OLY ARTS and The Weekly Volcano. He is past president of PFLAG-Olympia, serving the LGBTQ community, its families allies and our community through support, education and advocacy. He is also newsletter editor and web designer for PFLAG-Olympia. He served on the board of Stonewall Youth and the Capital City Pride planning committee, and has worked as a program assistant and newsletter editor for Oasis Youth Center in Tacoma. Contact Alec Clayton.

Gabi Clayton is co-owner of Mud Flat Press, (book publishing, design and editing, web and graphic design). She is Hearthkeeper at Olympia Friends Meeting (Quakers), a licensed mental health counselor and co-founder & board president of Families United Against Hate (FUAH) providing grassroots support, guidance and assistance to families and individuals dealing with incidents based on bias; and to the people, organizations and agencies who serve and support them. She is a member of Olympia Unity in the Community, the Olympia-based coalition dedicated to organizing positive pro-diversity educational events and appropriate community responses to hate group presence and incidents in the Olympia area. She is a member of PFLAG-Olympia which which serves the LGBTQ community, its families allies and our community through support, education and advocacy. Contact Gabi Clayton.

Note: Please understand that SAGE Olympia is a small volunteer organization. We might not always be able to reply to emails immediately but will respond as soon as possible. Please be patient.